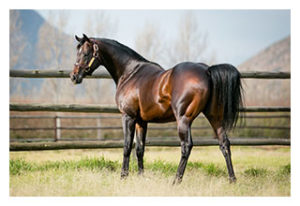 Potala Palace is a half-brother to a hugely impressive filly in the form of Front And Centre, with that 3yo making it two wins from as many starts when victorious at Durbanville on Wednesday.

Trained by Brett Crawford, Front And Centre romped home to score a 1.75 length when landing a FM 81 handicap over 1400m, and she looks a high class sort in the making. A tilt at the G2 Western Cape Fillies Championship is now on the cards for the daughter of Dynasty.

This is also the family of Singapore champion Debt Collector, who recently romped home to win the S$1 million Raffles Cup.

Front And Centre’s G1 Premier’s Champion Stakes winning half-brother Potala Palace has made a pleasing start with his first runners.

Sherrell's Vigilante Lays Down The Law